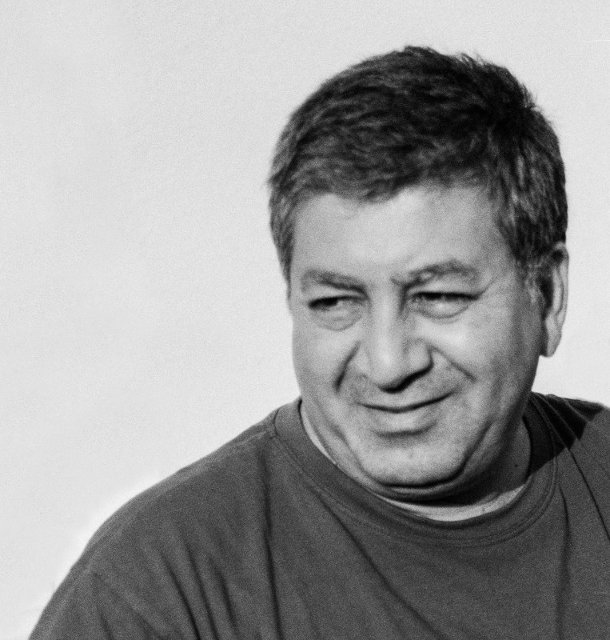 How an ordinary Turkmen became a critic of the government

Batyr Khaitov, 50, is just one of the many citizens who have left Turkmenistan in the last 30 years. He emigrated to Israel in 1997 and since then lives in Tel Aviv.

The last time he visited Turkmenistan was in 2019. He used to go back every two or three years. Then the pandemic began. Batyr, whose name means a brave or courageous person in the Turkmen language, has another problem too.

"If I go now, they will send me directly to the Owadan-depe prison", he said during one of our phone conversations. Owadan-depe is the most notorious prison in Turkmenistan.

He seems to be one of the few Turkmens who failed to be silenced while most don't say a word if they could solve their own personal problems.

In his own words, his main crime was 'getting a diploma with his father's money without studying well', but this 'crime' is a part of life in Turkmenistan and there are almost no students who graduate without paying a bribe in the country.

However, supporting those who criticize the government is a different matter, and Ashgabat does not forgive such 'crimes'.

"At the end of 2020, I traveled to Turkey, where my older brother's wife works, because there is no work in her area. Her son died in Turkmenistan, she was crying that she couldn't go. I stayed with her for some time. What else could I do?"

"At first, I used to travel to Turkmenistan regularly. My brother would send me an invitation. When I visited in 2014, the authorities asked me to choose one of the two citizenships as our law does not allow dual citizenship. 'Every second person is unemployed here, will you help me find a job?' I asked. They couldn't promise anything. Then I said that I've got a home and a family in Israel, and I choose Israeli citizenship."

"How or why did you go to Israel in the first place?"

"It's a long story. My first love was sold off to someone else, it devastated me. I lost my faith in love and in life. I said I won't believe in anything. But then I started dating a Russian-speaking woman in my hometown... Honestly, I didn't think I'd love truly someone else now. But I was wrong, I fell in love again, and I told her, 'If you're ready for this journey, I'll marry you.'

But her parents didn't agree. My mother visited their home several times. They rejected every time. But we continued dating and one day she said they might emigrate to Israel. That day I learned her mother was Jewish. Then, finally, her parents said yes and we got married. And, when her family emigrated to Israel, we joined them."

"Didn't your mother object to you marrying someone from another nationality?"

"No, my mother said, 'You're getting married, not me, you have to live with her, not me. If you're happy, I'd be happy as well."

The birthplace of Batyr was one of the multi-ethnic cities in Turkmenistan. It lies about 27 km east of the provincial capital Mary, along the main railway line from Ashgabat to Tashkent, the Uzbek capital. According to official data, in 2009, its population was estimated at 88,486 (up from 43,824 in the 1989 census).

The city was well-known for its masculine name (Bayramaly Khan ruled Mary in the 18th century, from 1782 to 1785) and the famous kidney sanatorium which has been in operation since 1933.

In the early 90s, drug use and drug trafficking were rampant in Turkmenistan. The first president of Turkmenistan had ordered not to chase people for a few grams of narcotics for their own use opening the gates for unprecedented drug addiction in the country.

First opium, then heroin was sold on almost every street. In the past, only sick people or singers used to use drugs at weddings. But now it became an inevitable part of every party, and prisons were filled with drug smugglers.

As if it was part of his plan, the president regularly pardoned the convicted drug traffickers. The President used the drug use and trafficking card to create fear among society and keep people away from politics. It was followed by a rapidly increasing number of convicted people who later couldn't find any jobs ending up in poverty.

"A number of my peers died of drugs," Batyr recalls. "Thank God, I left the country in time."

"At the time, many people were happy when President Saparmurat Niyazov told the police not to chase people for small amounts of drugs; almost every week, when ministers and governors were fired, people would look forward to the evening news. He used to blame every official but himself. Ordinary people would say we have a true leader, but he is surrounded by bad people. What did you think about what was happening at the time?"

"I didn't pay attention to those things at the time, I was out of politics. But I knew that life was getting unbearable."

"What did you do for a living when you came to Israel?"

"At first, I washed floors, washed dishes in restaurants, then changed my driver's license, worked as a driver, and took a course on transporting people and children. But after my stroke in 2014, I stopped working. Fortunately, I am here, not in Turkmenistan, and I get regular treatment. I have a pension and all other benefits, thank God!”

"I can't hold back my tears when I hear about those hardships my compatriots face in Turkey or elsewhere in the world. There is no money in Turkey anymore. They can't make enough money to support themselves and their families. Some of them get sick and die there. But the government does almost nothing to help. When I think about all of this, my heart is burning," says Batyr.

In his opinion, if it could be possible to boost relations between the two countries, some part of the Turkmen labor migrants could find better jobs in Israel and might be able to send home more money.

"Sometimes I can't stand it and talk. There are many Turkmen in Turkey who haven't seen their children for seven or eight years and can't go back to see their families. Why are other people coming and going everywhere but ours cannot? In my understanding, there is a mafia in Turkmenistan, so people suffer."

In recent years, as it seems from their social media activities, Turkmen activists were divided into several different sides and some of them appear to compete in insulting each other. Every time you see your compatriot screaming at another compatriot on YouTube, to some extent you lose respect for yourself, said one of the emigrants working in Turkey.

There is a lot of naming and shaming. Some of them call for unity and fighting back targeting only the authoritarian President of Turkmenistan and his inner circle. But it doesn't help and it seems to fuel the dispute about alleged agents among activists. Turkmen people get more suspicious of each other and, as result, out of fear of being attacked or labeled, most of them try to isolate themselves as far as possible.

When you look at Batyr's Facebook friends, you can see he has virtual ties with dozens of activists who are known more or less for their social media activities. He says there might be agents but it cannot be everyone. So he talks to many people without any hesitation. The thing is, it's a common habit among Turkmens lately to whine when they are alone with you but in public, they would say nothing against the government.

"My older sister is not afraid of talking to me on the phone, and she says, 'Just fear God, don't be afraid of man.' But my other sister is afraid, when I call, she doesn't talk to me. I know their situation very well, they have small pensions. Then, everything is expensive for them. So I sent my older sister some money. She was so happy and asked me what she could do for me. I said you're not afraid of talking to me, that's more than enough, but if you can buy masks and give them to those in need that would be good. People don't even have the money to buy a mask there, they wash and reuse their old ones."

Batyr has hope too, he thinks that the Turkmen people who suffered for a long time, are starting to open their eyes to see the realities which brought them to this deadlock. There are not just a few, so many people outside of the country, in comparison with the authoritarian government's forces in Ashgabat, it's a huge force and one day would win, he thinks. And he asks for some more years from God to stay alive to see that beautiful day.